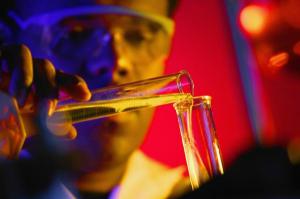 Science and Technology may not form part of the daily vitriol that is spewed in election speeches, but scientists need not despair

In the science section of their manifestoes, the Bharatiya Janata Party (BJP) draws inspiration from an Islamic scholar, the Congress has almost forgotten about Jawaharlal Nehru’s ‘modern temples’ and the Aam Aadmi Party (AAP) has failed to even mention its allergy to nuclear energy.

The fruits of indigenous science and technology, the 1.4 million electronic voting machines (EVM) made in India, form the bedrock for the efficient management of the general election. The indelible Indian ink on voters’ fingers, flaunted in selfies everywhere, is another great Indian innovation. This brings us to the question: how do science, technology and innovation fare in the various manifestoes of political parties?

The Congress, whose first Prime Minister Jawaharlal Nehru coined the phrase ‘scientific temper’ and described dams and power plants as ‘modern temples,’ in its 2014 election manifesto barely even has a paragraph on science and technology (S&T). It merely says: ‘The Indian National Congress will increase the annual expenditure on science and technology to at least 2 per cent of GDP. This has to come from both government and industry. Steps will be taken to encourage the corporate sector to invest in Research and Development.’

This promise of doubling the budget, made possibly for the first time in 1989 by Rajiv Gandhi and repeated over the last decade, still remains a distant dream.

In contrast, the BJP has devoted more than two full pages on issues relating to S&T. The party, often described as ‘Hindu nationalist,’ in the manifesto’s preface draws inspiration from and quotes an 11th Century Spanish Muslim scholar Al-Andalusi, saying that ‘the first nation to have cultivated science was India.’

The BJP promises an ‘innovative and technologically-driven society’ in its pledge. Not surprisingly it says ‘India has been a knowledge economy and has been a leader in S&T from ancient times’ and adds that the ‘BJP recognises the need to create an ecosystem for fundamental research and innovation …scientific education and technology needs to be encouraged, promoted, practised and leveraged with renewed vision and vigour.’ This should be music for India’s vast science, technology and innovation network. The BJP promises to build world class regional centres of excellence in the fields of nanotechnology, materials science, and brain research, seeking to establish ‘institutes of technology for rural development.’ It also aims to establish a central university dedicated to ‘Himalayan technology,’ whatever that means.

However, the AAP, which has captured the imagination of the middle class and many well-meaning scientists, has not even mentioned in its manifesto what it promises to do for S&T. The section has been swept aside completely, probably by the party’s symbol.

The Communist Party of India (Marxist) has about a third of a page on S&T and promises to ‘enhance public funding of indigenous research in science and technology to 2 per cent of GDP as against 0.8 per cent to promote self-reliance.’ True to its DNA, the CPI(M) says it will ‘stop training and orientation of Indian Patent office personnel by U.S. and European Patent offices.’

The Congress does not mention what it plans to do with policies relating to genetically modified organisms (GM), even though the party’s nominee in 2010, the then environment minister Jairam Ramesh, imposed an indefinite moratorium on the release of genetically modified Bt Brinjal. Taking a highly precautionary position on this issue, the BJP says: ‘Genetically Modified foods will not be allowed without full scientific evaluation on its long-term effects on soil, production and biological impact on consumers.’ This seems to fly in the face of the so-called success of the much touted Narendra Modi-led ‘Gujarat model,’ where India’s first GM crop, the Bt Cotton, has been a ‘runaway success.’

Even the AAP takes a cautious stand on the issue. ‘We will regulate genetically modified crops to ensure that safety to food, human health and environment is ensured before the introduction of irreversible technologies,’ the party’s manifesto says.

If the manifestoes are an indication of which way the wind is blowing, the going may not be easy for the widespread diffusion of GM crops in India.

The future of his government was at stake when, in 2008, Prime Minister Manmohan Singh adopted nuclear energy; yet, in the 2014 manifesto, it appears merely as a passing footnote. The manifesto states: ‘We will give a new thrust to new and renewable energy, including hydel, solar and nuclear energy.’ What a climb down. Today, we do not even know if Rahul Gandhi loves or hates nuclear energy or whether he even knows the difference between ‘fission and fusion energy,’ as he has never spoken about it openly.

In contrast, the AAP, whose party ideologue advocate Prashant Bhushan stridently argued in the Supreme Court against the opening of the nuclear power plant at Kudankulam, does not even mention what its policy is on issues related to nuclear energy, despite nominating the activists who spearheaded the agitation against the Kudankulam atomic reactors as the party’s candidates for the election to the Lok Sabha. Even the CPI(M) that pulled out of the United Progressive Alliance says it will be ‘revising the Indo-U.S. nuclear agreement, will not import foreign nuclear reactors, and pursue self-reliance in civilian nuclear energy based on domestic uranium and thorium reserves.’

The BJP has thrown up a surprise in the area of nuclear energy by seeking to ‘study in detail India’s nuclear doctrine, and revise and update it,’ even though party chief Rajnath Singh and prime ministerial nominee Narendra Modi have clarified that there will be no ‘rethink’ on the policy related to ‘no first use’ of nuclear weapons. On the side of nuclear energy the BJP asserts more than once that it will ‘invest in India’s indigenous thorium technology programme,’ while also stating that it ‘will follow a two-pronged independent nuclear program, unencumbered by foreign pressure and influence.’ True to its form, the party also cites the presence of ‘vast thorium deposits’ which would form part of its ‘consideration’ when it decides on the Sethusamudram channel, which might cut across the much revered, yet mythical, Ram Setu in the Palk Strait, off Tamil Nadu. A close reading between the lines of the BJP manifesto suggests that the import of light water reactors from the U.S., Russia and France could be in for a major reassessment.

There is, however, unanimity among most mainstream parties in accepting that India cannot abandon its pursuit of fission power. So, the country’s abiding love affair with the power of the atom remains steadfast.

While S&T may not form part of the daily vitriol that is spewed in election speeches, Indian scientists need not despair as it at least matters to the ‘big two’ of the political spectrum.

The Congress in its manifesto may not have found enough space for S&T, but its leaders say they still believe in the sage advice of Jawaharlal Nehru: ‘It is science alone that can solve the problems of hunger and poverty, of insanitation and illiteracy … the future belongs to science and those who make friends with science.’ But the youth of today seek to hear a more catchy tune; hence the BJP manifesto, which has the stamp of physicist Murli Manohar Joshi, chairman of its manifesto committee, states: ‘India innovates and India leads.’

When the dust finally settles, the true winner is the voter who casts his vote on the simple briefcase-sized EVM: the hallmark of a free and fair election.

(Pallava Bagla is a correspondent for Science and the Science Editor of NDTV. The views expressed are personal.)

Article appeared in The Hindu