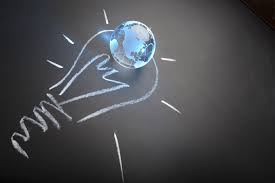 Since the 1950s, the United States and the West have set the standards for prosperity, productivity and innovation. But the share of Asia in global R&D is climbing; and based on recent statistics,the region could soon displace the West as the global R&D driver.

Global innovation is shifting toward Asia and China – faster than anticipated.

In 2012, the share of the emerging economies in the rivalry for foreign direct investment (FDI) exceeded that of the advanced economies, for the first time. At the same time, the United States, through still by far the largest recipient of such inflows, has been steadily losing ground to emerging economies.

The United States has failed to live up to its promise in the innovation game in the past decade, as evidenced by recent data on R&D expenditures.

Today, international R&D rivalry is no longer driven by the U.S., Europe or Japan, but Asia and particularly China.

According to current estimates, growth in global R&D funding slowed in 2013 in comparison to 2011-2012. Mimicking the global FDI trends, the slowdown can be attributed primarily to the ailing Eurozone but also to the stagnating U.S. economy, which, in turn, affected global R&D. Indeed, R&D figures tend to be intimately aligned with GDP and economic outlook.

While R&D budgets continue to be cut in the advanced economies, the emerging economies, in which foreign multinationals typically fuel growth prospects, are no longer immune to the stagnation in the West.

Regionally, economic prospects and R&D growth in Asian countries have slowed, but continue to outpace the rest of the world, particularly in China.

The question mark in this outlook is Japan, which fell behind China in 2011. Due to its more advanced level of economic development, Japanese R&D growth tends to be more aligned with that in the U.S. and Europe than with emerging Asia. Despite the reform agenda of Premier Shinzo Abe, Japan’s medium-term prospects remain clouded.

In the United States, R&D investment is rebounding and growth is likely to continue through 2020. In comparison to emerging economies, the U.S. prospects are moderate and reflect relative erosion. After the global crisis, the NAFTA economies – the U.S., Canada and Mexico – accounted for 40 percent of global R&D; today, the figure is closer to 34 percent. In turn, the relative U.S. share will shrunk from 31 percent to 22 percent by 2014.

Between 2009 and 2014, the share of Asia in global R&D is expected to climb to 40 percent. For all practical purposes, the region is replacing the NAFTA economies as the global R&D driver. It is China that is fueling much of these changes.

Until the global crisis, China enjoyed double-digit growth. In the coming years, it will benefit from single-digit growth. In the medium-term, the new reform initiatives by President Xi Jinping and Premier Li Keqiang are predicated on the shift of the growth model from net exports and investments toward consumption and innovation. In R&D investments, the net effect is that the mainland will reap double-digit R&D gains.

Since the early 1990s, Chinese growth has been fueled by increasing R&D investment, which is aligned with the current 5-Year Plan 2011-15. Meanwhile, China’s R&D as a percentage of gross domestic product (GDP) is expected to increase to almost 2 percent of Chinese GDP in 2014 and is aimed at 2.2 percent by 2015.

Today, China’s innovation capabilities are closing up with advanced nations, such as the Netherlands and Belgium, and by mid-decade, the core euro economies, including France.

What makes this world-historical performance even more spectacular is that it occurs in a colossal nation. In Asia, small city states, such as Singapore and Hong Kong, have demonstrated dramatic R&D increases in a short period of time, along with small-and-medium size economies, such as South Korea and Taiwan, and Japan. However, China’s population amounts to more than 1.3 billion, which is ten times more than that of Japan. As a result, the potential spillover effects are of an entirely different magnitude.

How The World Is Changing

If, just a few years ago, you asked leading senior executives in the United States, Western Europe or Japan how they intend to cope with the rise of China, you would have got a familiar response: “We shall move higher in the value-added chain.” Perhaps China was the “world’s factory,” but the conventional wisdom reassuringly said, “Cheap manufacturing may migrate to China, but innovation will remain in the advanced economies.”

As I argued at the time, conventional wisdom was a myth. From Huawei and Lenovo to Haier, the most sophisticated multinationals in China have been converting cost advantages to more sustainable competitive advantages since the late 1990s – often by innovation.

Throughout the 1950s and 1960s, the United States set the standards for prosperity, productivity and innovation. After World War II, the economies of Europe’s leading nations and Japan were too devastated to pose a competitive threat to U.S. multinationals, which were barely exposed to international competition. Since the late 1970s and 1980s, the innovative capacities of the OECD countries have converged substantially, however.

Like the UK, Germany and France in the postwar era, China has been engaged in catch-up growth, especially after the year 2001, when it became a member of the World Trade Organization (WTO). While American, European and Japanese companies were still adjusting to price competition in China, senior executives in the mainland were already internationalizing their operations. Today, these nations – the U.S., China, Japan and Europe – account for about 80 percent of the more than $1.6 trillion invested in R&D across the world.

The Race To The Bottom

Internationally, some critics argue that current Chinese R&D figures could be overstated, especially by the state-owned enterprises (SEOs). The counter-argument is that, due to catch-up growth, innovation in China is more associated with non-SEO companies and foreign multinationals’ investment than with SEOs. Further, the current reform drive is likely to reduce the potential of SEO R&D inflation in the coming years. Finally, even informed international critics would agree that the trend – faster Chinese R&D growth relative to the West – is overwhelming.

In turn, While America has huge advantages in global competition to attract and retain the world’s best companies, but the race to the bottom, which began over three decades ago, continues to steadily erode U.S. innovation capabilities.

The problem is not that emerging economies are catching up with advanced economies in global R&D investments. That’s the nature of economic development.

Rather, the challenge is that the advanced economies, including America, invest too little on R&D while seeking cost efficiencies that are ultimately undermining U.S. innovative capabilities.

Dr. Dan Steinbock is Research Director of International Business at the India, China and America Institute (USA) and a visiting fellow at the Shanghai Institutes for International Studies (China). For more, see www.differencegroup.net

This article was first published at The Innovation Files, which is sponsored by the Information Technology and Innovation Foundation (ITIF).